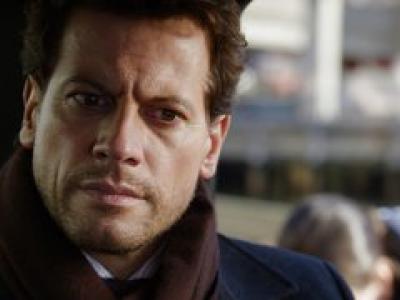 Do they think we're wet behind the ears?

Why do writers think that this isn't going to annoy people?

Why do they think that the sudden appearance of characters that are vitally important to the series arc plot, which then plays out in the same episode is a good idea?

We get the big reveal on Henry's adversary this week and....

It's no-one who's been in the series so far.

So why be secretive,why be circumspect?

It would have been so much better to have either revealed the character early on, then set up suspense of us knowing who it is but the central character's being in the dark.

By having a well known character suddenly turn out to be the bad guy/girl/transgender to the amazement of everyone!

Either way, we can have the villain interacting with the main cast, setting up betrayals, influencing the cast, finding out secrets.

By introducing someone new, any suspense is wasted and the audience just say "What? Who?...LAME!".

This episode begins with a recap from the end of last week, with extra scenes from the antagonist's viewpoint. Henry is driven at speed in a stolen taxi by his enemy, who re-enacts a scene from Highlander. It isn't the only reference to Highlander in this episode either.

After a double death, Henry surfaces in the river, is promptly arrested for public nudity and is hauled in front of Lieutenant "Look-It-Up-On-Wikipedia-Because-No-One-Ever-Refers-To-Her-By-Name", who mentions that this is not the first time (even though the rest of the police force behave exactly as if it is).

We do have a body to investigate, the body of the taxi driver that was bumped off by Adam (almost forgot the bad guy is called Adam, it's been such a long time since he was referenced - doesn't anyone in this series use their name except Henry,Abe, Jo and Useless-Lucas?) . Henry reasons that if he can find the taxi driver murderer it will take him to Adam.

Taxi boy was run through with a sword - HIGHLANDER!  And we see Henry brandishing a sword as part of his investigation. Sadly no sword fights, but we do get Henry preparing for a night swim in his boxers as he wants to go back to the river crash scene to look for clues. He's promptly back in front of Lieutenant Thingy.

Because of his strange behaviour Henry is sent for counselling.

The counsellor is a very British Burn Gorman, who is very British in a British way...Britishly. He is so British his name could be Colin or Nigel ! Mind you, he's not quite posh enough for those names, so he's called Lewis Farber, which is exotic and not stupid in any way.

Investigations lead to another body whose remains look very much like the work of Henry's autopsy equipment, things look dodgy.

Abe is tries to get him to confide in Jo about EVERYTHING. It's flashback time and we get the tender mercies of the asylum he ended up in after confiding in his first wife. Telling the truth to Jo is not top of Henry's wish list....

No arc stuff for weeks, then a whole episode of pay-off ruined because it hasn't been set up properly. The episode tries to wrongfoot us and even that is over too quickly as well, so we end up with only a couple of minor changes before we're back to normal.

We have now seen Adam's face.

Henry has been forced to do something he hasn't done before.

But there's a real sense that there won't be a massive change to the series and we'll be back to filler episodes from next week.

The police are particularly dim this week and completely forget to inspect the river 3 feet away from a vehicle someone was murdered in, and they also let Henry contaminate and then remove something from a crime scene.

Jo Martinez his back in bland-'o'-cop mode and is pretty much indistinguishable from all the other non-descripts in the precinct.

Total wasted opportunity this week. What should have been a major episode with massive revelations is as damp as the taxi pulled from the Hudson.