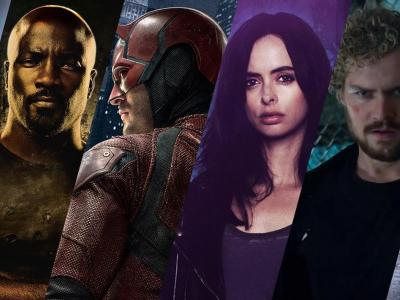 It’s fair to say that I was excited for The Defenders. The Netflix MCU branch has been strong throughout (bar Iron Fist, comments about which you can see in my review) and the potential in a get-together was high. Much as Avengers Assemble brought together the feed from five films into one of the best superhero movies ever, Defenders was poised to do the same with five shows feeding into a more gritty and aggressive cousin of the film epic. What we were handed did not live up to that hype nor potential. It wasn’t overall bad but just suffered in several ways in which it shouldn’t have. It wasn’t the meh of Iron Fist but it didn’t capture what it was set up to do. But let’s stop being mean, what did the show do well?

Its first strength was not starting us off with an assembled team. The show felt like a natural coming together of four independent stories. We start with our heroes in their respective lives working through events following on from their recent shows. Bit by bit this is weaved to a point where they intersect (for good or bad) until they realise they are working on the same big picture. This made it feel very organic and it was excellent to fill in some of the gaps between shows. Secondly, and relating to the previous, it was engaging from the start. We weren’t treated to a few episodes of dawdle but instead hit the relevance from the opening. Thirdly, and critically, the principle villain was both intriguing and humanised from their opening scene which made you really want to learn of their agenda. They also were presented with important connections to previous events which enabled you to set them in an established scene. Lastly, the interplay between the primary characters, including their individual motives and perspectives, were well played out. Bringing together a bunch of super-people is never going to go smoothly and the show was very good at finding the relevance for the individual to be there. The show also did well including secondary characters from other shows as well as producing some genuine tension, striking a good balance of action styles, and making Danny a bit more likeable. However, I opened this review with some disappointment so let’s now look at the less good parts of the show.

Whilst we had a great opening and closing story, the middle of the show felt like filler. As if the writers came up with a good way to bring them together as well as conclude the story but couldn’t quite find the right link between the two. Even in such a short show, the middle couple of hours were a little wasted and I felt myself getting distracted. Additionally, the concluding event was a tad belittled by the prior announcement of season renewals. A potential solution to the whole problem established by the villains utilised a rather easy (in terms of writing) and predictable solution. Whilst they then did take an interesting left turn with it, it still rested on a rather easy foundation which we’ve seen done far better in one of the MCU films. Likewise, the approach and attitudes of The Hand (serving as the connecting villains across all the shows) mirrored those of Hydra from both the films and tv shows a little too much. Overall, this made it feel as if they were simply finding a 15 rated, tv version of the film world rather than creating something a bit more unique for it to show off. Regarding the villains, the aims of their team were never really put out their beyond some selfish motives and the central McGuffin wasn’t really explained at all. This really paled in comparison to the likes of Fisk (Daredevil), Kilgrave (Jessica Jones), and the two from Luke Cage in terms of motivations and well-roundedness of the villains. Additionally, the climax itself wasn’t built towards nearly as well as in the likes of Daredevil nor Jessica Jones which made it feel like less of a tension reliever and more of a moment of just ending. Lastly, the was some CGI use which was not only cheap but came off cartoony (much more what I would expect from the like of Sharknado).

Overall, The Defenders wasn’t a bad show (hence the rating) but it fell short in a lot of ways which could have been easily improved. They created much more of a fan-pleaser than an epic show of its own and whilst it was fantastic to see these characters together, what we got did not do them justice. It was a fun show with fantastic moments but fell short of the amazing it should have been.