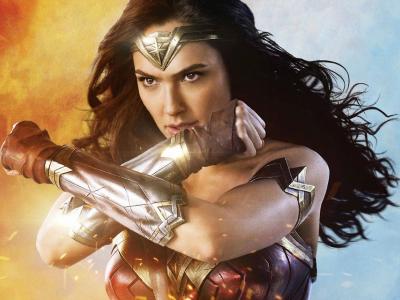 Despite a promising trailer, and the excitement which followed, I still approached Wonder Woman with tepid caution. Following on from the fragmented blandness of Man of Steel, the ‘two films badly cut into one’ of Dawn of Justice, and an altogether fun but with poor plot choice and horrific CGI Suicide Squad, I wasn’t sure what to expect. I half thought that we’d be treated to an awfully Snyderised rendition of Captain America and be left with no hope for DC’s movie universe. I could not have been more wrong in my suspicions for what I experienced was nothing short of one of the best superhero movies in the last few years (and those of you that know me know how much I love Logan and Civil War).

Its plot is absolutely on point. The entire film, though set in the past, is integrated well into the modern running following on from Batman Versus Superman. The story quickly goes through Diana’s upbringing and uses nice tools to tell the audience about who her people are. From then, we are treated to less of an origin story and more of a journey of self-discovery as she stands for her principles against all else, becoming a little less naïve to the world. Whilst it did not attempt the multitude of stories and film seeding of others, it did manage to integrate multiple sub-plots in a coherent and relevant way which was great.

With respect to characters, the leads were all full of depth and intrigue. Each experience a journey and development which is not only enjoyable but also inspires genuine empathy for the characters. Gal Gadot was exceptional in every way from the physicality of the role through her oddness in the modern world all the way to how she deals with the minutia of her personal conflicts and lessons. Additionally, despite my hesitation, Chris Pine is excellent in the role and brings something different to what we’ve seen him do before. The supporting characters could have been more well-rounded, in particular the more villainous ones, but they were appealing nonetheless.

Warner Brothers appear to have reined in Zack Snyder a tad as the effects were largely very well executed (a Snyder-lite approach, I would say). Whilst the film maintains the visually wonderful DC aesthetic which has been established in previous movies, the action scenes are made more intimate with a focus on the fighting choreography itself rather than what you can do with a zooming camera. There were a few bits with poor GCI, such as incredibly obvious green screens, but in general the effects were fantastic, believable, and leagues ahead of those used in the suicide squad finale.

Overall, it was an amazing film which I greatly look forward to re-watching. The Blu-ray is pre-ordered and the funko pop is on its way! Bring on Justice League!